Find The Right Package For Your Pup​

Ask us about our police, fire, and military discounts!

1 Week "Leash Manners" Board and Train

** It is impossible to guarantee fixes of major behavioral issues such as dog aggression/people aggression during the 2-week board and train. We can give you control and better help manage these issues**
MOST POPULAR

** It is impossible to guarantee fixes of major behavioral issues such as dog aggression/people aggression during the 3-week board and train. We can give you control and better help manage these issues**

This consultation will give your new pup a good foundation for basic obedience! We can teach you how to house train your dog so they quit having accidents in the house! Also, we will train your pup to let you know when it has to go outside. Finally, we will be happy to answer any questions you have regarding your new puppy or its’ training.

This specially designed program is for dogs with aggression or reactivity issues around other dogs. This 8-lesson program includes our basic obedience package, as well as additional lessons working with you & your dog around other dogs in different scenarios. This will give you and you dog the skills, tools, and desensitization necessary to put you back in control.

Extended Distance Obedience: Dog will obey commands from a distance of 50+ yards
Heel: Dog will come to you and sit behind your left leg
Watch: Dog will stare at you until released
Through: Dog will go in between your legs and sit
Stand: Dog will rise from a Sit or Down position
Touch: Dog will stand up against anything you point to
Casting/Send Away/Load-Up: Dog is sent away to the desired location (example: Load into vehicle or crate)
Leave It: Dog will not touch or eat something
Meal Manners: Dog will wait politely for meals until released
Door Manners: Dog will wait politely at doors and gates until they are opened and the dog is released

Break: a cue that the dog may release from a command.
Aggression: When a dog displays the threat of harm to another individual or dog – involving snarling, growling, snapping, biting, barking, or lunging, we call this aggression. Aggression can be due to guarding territory or protecting a family member, resource guarding, fear, frustration, prey drive, or pain. NOTE: It is impossible to guarantee complete fixes of major behavioral issues such as dog aggression/people aggression. We can give you control and better help manage these issues.
Reactivity: Commonly confused with aggression. Reactive dogs overreact to certain things or situations. Reactivity can be due to genetics, lack of proper socialization, or a combination of the two and is typically driven by fear. Reactive dogs may have specific triggers, such as men with beards or hats, small children, or a leash.
Distractions: Distractions can be sounds, smells, other humans, dogs, or other stimuli that detract from a dog’s ability to remain focused.
Marker: A marker is just a stimulus that pinpoints the behavior used to earn a reward. It can be a clicker, a verbal cue (“Good Boy!”), or other.

do you have questions for us?

Or Call us for a free consultation today!

Ready to Go?
PURCHASE YOUR TRAINING!

All Training Packages Must Be Paid In Full Before Scheduling Lessons. After payment has been received, we will contact you and we can start scheduling your training! 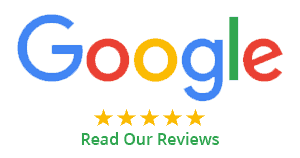